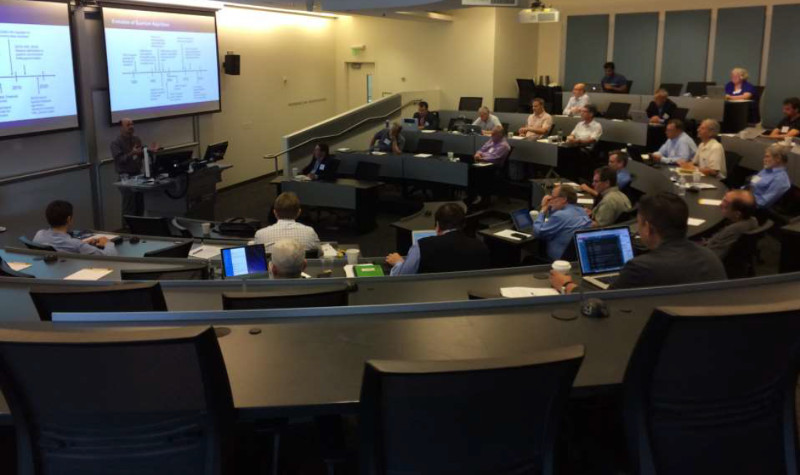 Recent technical advances are driving rapid growth of interest and attention to quantum computing. While IEEE already has a modest number of activities that include quantum computing, the goal of this summit is to start developing a position that may apply more broadly.

IEEE is in an unusual or unique position amongst players in quantum computing. IEEE is not competingwith any other organization and can work with the government in some cases. IEEE does not perform or fund research directly and will not be a prime user of quantum computers. However, IEEE could be very influential through its conferences, publications, roadmap, its members in general, and its outreach in areas like education and public policy. IEEE’s unique position suggests a unique positioning for IEEE. This summit will propose a candidate position.

This meeting is organized like other workshops or summits, which often take a path different than the organizers anticipated. The organizers’ plan is to produce a white paper with a candidate quantumcomputing position for IEEE. The summit will have plenary talks and three sessions of parallel workinggroups. Each group will address issues that could become sections of a white paper and present asummary near the end of the summit. A writer will be present at the conference and will draft a white paper afterwards, circulating it to participants and a few other interested parties.

The IEEE Future Directions Committee has a long history of working with industry, academia and national laboratories to use its role as an impartial player to catalyze the development of important new technologies. The Committee brings together stakeholders for meetings in new areas of interest to the IEEE to determine where the Institute might make a contribution. Once the meeting has concluded, the Committee uses a summit output whitepaper to help it decide what technologies to incubate.

This whitepaper is the output of an IEEE Future Directions Quantum Computing Summit (QCS), held in Atlanta, GA, USA in August 2018. It was attended by 40 major players in quantum sciences from both the public and private sectors.

The summit chairs are Travis Humble and Erik DeBenedictis.