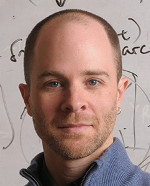 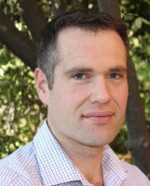 Marcus’ research is characterised by the application of first-principles understanding of optical defects in diamond to the innovation of quantum technologies. His current research pursues three parallel programs:

The activities of these programs span from first-principles defect theory and modelling to the design and demonstration of quantum devices. 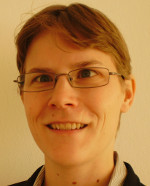 Anne Nielsen is an associate professor in theoretical physics at Aarhus University, Denmark, where she leads the group 'Quantum Many-Body Systems'. She obtained her PhD degree from Aarhus University in 2010. After that she worked at the Max Planck Institute of Quantum Optics for 5 years. She then took up a position as independent Max Planck research group leader at the Max Planck Institute for the Physics of Complex Systems before moving back to Aarhus in 2021. Her group studies the properties of strongly correlated quantum many-body systems.

Topic: Anyons in Quamtum Many-Body Systems
Abstract: Fundamental particles can be divided into bosons and fermions. Nevertheless, if one puts many bosons or many fermions together, it is possible, under certain conditions, to form quasiparticles that are neither fermions, nor bosons, but anyons. Anyons have strange properties. They can, e.g., have a charge that is only a fraction of the elementary charge, and if one exchanges two anyons, the wavefunction of the system changes either by a phase factor or is transformed into a different state. Surprisingly, the change is robust against local noise. Anyons have been observed in the fractional quantum Hall effect in solid state systems, and there is currently much effort towards realizing fractional quantum Hall physics in ultracold atoms in optical lattices, since this would give new tools to study the anyons in detail. Here we propose methods to construct families of fractional quantum Hall models in lattices, and we show simulations of the anyons giving access to their size, shape, charge and exchange properties. We also demonstrate that anyons can appear in fractal dimensions and that anyons can themselves form anyonic quasiparticles. 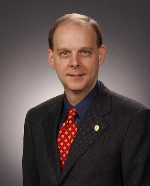 Carl J. Williams is the Deputy Director of the Physical Measurement Laboratory (PML), National Institute of Standards and Technology (NIST). He is a Fellow of the Joint Quantum Institute (http://jqi.umd.edu) and the Joint Center for Quantum Information in Computer Science (http://quics.umd.edu) and Adjunct Professor of Physics at the University of Maryland (UMD). He directs the Quantum Information Program and helps lead the National Strategic Computing Initiative at NIST. He is a member and chairs interagency efforts in support of these activities under the Committee of Science of the National Science and Technology Council. He is a member of the Executive Leadership Team within the PML and represents the PML to other federal agencies.

Dr. Williams received his B.A. in Physics from Rice University in 1981, his Ph.D. from the University of Chicago in 1987, joined NIST in 1998 becoming coordinator of the NIST Quantum Information Program in 2000 and Chief of the Atomic Physics Division of the NIST Physics Laboratory in 2004 before being appointed Chief of the Quantum Measurement Division of the NIST Physical Measurement Laboratory in 2011. In 2006, Dr. Williams helped establish the Joint Quantum Institute (JQI), became a founding Fellow of the JQI, and the first NIST co-Director of the JQI – a positioned he held until spring 2011. Dr. Williams worked as a senior policy analyst within the Office of Science and Technology Policy (OSTP), Executive Office of the President from April 2008 until July 2010. He is a Fellow of the American Physical Society, the American Association for the Advancement of Science, and the Washington Academy of Science. He received the Department of Commerce Silver Medal in 2003 for his leadership of the NIST Quantum Information Program, the Department of Commerce Gold Medal for science in 2008 for scientific contributions and was awarded the 2005 Arthur S. Flemming Award for Scientific Excellence in Government Service for his contributions to quantum physics. He is an Associate Editor of the Journal of Quantum Information and Computation, has authored over 110 scientific publications, and has been a speaker at numerous national and international conferences.