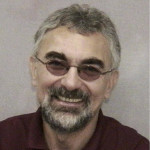 A Conversation with Lajos Hanzo
IEEE Fellow, Chair of Telecommunications, University of Southampton

Brian Walker: Welcome to the IEEE Quantum podcast series, an IEEE Future Directions Digital Studio Production. This podcast series informs on the landscape of the quantum ecosystem and highlights projects and activities on quantum technology. In this episode, Lajos Hanzo, IEEE Fellow and professor and chair of telecommunication at the University of Southampton, provides insights on applications for quantum communications and the role telecommunications plays. Lajos, welcome. Thank you for taking some time to contribute to the IEEE Quantum Podcast series. To begin, can you tell us how you got involved with IEEE Quantum, and what is your area of expertise?

Brian Walker: As far as applications go, where do you see possible near-term applications for quantum in your field of study?

Lajos Hanzo: This is a very astute question. Essentially, quantum key distribution and quantum cryptography is the closest to commercial applications, almost like an off-the-shelf reality now, and so there is a bit of a quantum race across the globe. The United States is very well positioned in quantum computing but China is probably better positioned in quantum communications so there's a bit of a sort of global race. Quantum communications is viewed almost being synonymous with quantum key distribution, which is not a really new technique. It has its pros and cons, like everything in engineering. One of the benefits of it is that it is backwards compatible with the existing classic cryptosystems. It's basically just a key negotiation protocol in which you find a secret key and then you share it with your communicating partner and the rest of it can take place like in a conventional cryptosystem. So any of the mobile systems could actually fall back on using the quantum key distribution procedures. China has also demonstrated that now - quantum key distribution - in the famous Micius experiment, which was set up between two cities 1200 kilometers apart using a satellite. So that's a very famous and well-cited experiment. In the meantime, there is also over 10,000-kilometers-long fiber links between China and Austria as well as Finland where quantum communications is taking place. Finally, within China, there is probably several thousand quantum key distribution networks already operating in the realms of government.

Brian Walker: You kind of touched upon it, but what types of research is being conducted related to quantum communications?

Lajos Hanzo: I started out really from looking at what is closest to commercialization. There is a gray scale in terms of the grade of challenge in between the blue-sky research, where nobody has the answers, and the realistic and commercially available boxes I actually have mentioned. You can actually buy a box in Russia, and many banks have already bought that to provide ultimate security. So touching upon the research issues, there are huge challenges in classical communications. It took about 70 years, really, from Shannon's legendary paper back in 1948-49 until today's era, to really reach the Shannonian capacity limits. In quantum communications, we just started this kind of work and it depends very much on the amount of funding plowed into this area how rapidly what I would call Communications Version 2.0 could be ramped up. In the research realms, really, I would probably look at a number of classes. My list would not be exhaustive, but obviously we need information, theoretic research so that we understand the limits of quantum communications and computing systems. This has been ongoing for quite a while under the physics community's umbrella as well as the information theory community, but we need more collaboration across these communities to determine the vast plethora of potentially different solutions under circumstances and their capabilities and limits. That's really kind of where we stand in terms of the limits.

Then, in between there's a gray scale where different grades of challenges have to be overcome, and amongst these, I would just mention a couple probably. Amongst others, basically, the quantum search algorithms, which are very powerful because their complexity is potentially lower than the conventional classical search algorithms, can find applications in literally any field of computing but for specific applications. So my team has been exploring a huge plethora of different solutions within the wireless communications field, for example, multiuser detection and base stations of mobile communication systems or localization schemes, and so on. So the second category, perhaps, is basically the improvement of quantum computers, which would require very sophisticated and powerful quantum error correction codes. Their benefit is that the quantum state is extremely vulnerable to environmental impacts. Anybody switching on the lights anywhere or any potential impairment in the vicinity can perturb the quantum states and destroys them. So we say they are collapsed back into the classical domain and hence you no longer can manipulate them in the quantum domain and the quantum codes can correct these quantum flips. It's basically the flipping of the bit value as well the as the so-called phase value of the quantum information, but the challenge with these is that they themselves have to rely on what I would call greasy, dirty hardware. Namely, the hardware itself, which implements the quantum codes to correct the quantum states, is also based on imperfect hardware, and so this is what needs a lot of their research again.

Then, there is a huge variety of other problems also in the security area because I briefly touched upon the quantum key distribution problems. However, there is a new or at least somewhat newer protocol than the Brassard BB84 protocol because that protocol can only exchange keys and negotiate keys whereas what we really, really want to do is actually transmit the information in the quantum domain. This is called direct secure quantum communications which is credited to the name of Professor Gui Lu Long in Tsinghua University in Beijing. This method is very promising because, for the first time, it facilitates basically the transmission of information securely over the quantum internet and it can also circumvent the problems associated with quantum memories. So these three pillars, perhaps, are so fundamental for further improvement.

Brian Walker: Can you speak more about how telecoms play in the quantum space?

Lajos Hanzo: Well, it can always be employed as an extra layer for security. I think in the next half or maybe the whole of the next decade we'll see the proliferation of these secure quantum communications networks. They will probably develop in parallel to the quantum computing solutions and so their secure linkage will play a very important role in building the quantum internet.

Brian Walker: How feasible is it to combine QKD with classical 5G and 6G systems? What are the pros and cons?

Lajos Hanzo: Potentially, it's compatible with the existing systems. It's a question of whether there's sufficient investment into developing these existing protocols into hardware which can then be employed in the existing wireless systems.

Brian Walker: Is it possible to design true quantum domain networks which go beyond the secret-key-negotiation-based QKD protocol?

Lajos Hanzo: Well, the short answer is yes, and so this is, again, the quantum secure direct communications protocol I briefly touched upon. Of course, this requires quite a lot of further research, and I allude to the next question on the list, as well, because essentially a limitation of these systems is that there is no long-term quantum memory available in the current era. Many of the systems, including for example, local communications networks, would need repeaters, and the repeaters would have to recover the signal, then store it, and then retransmit it. And so the creation of quantum memory is ever so important. However, there is also research on using quantum secure direct communications which would allow us to use quantum links between classical repeaters, and that is a very important research area because it creates, again, a sort of smooth pathway from the current existing networks, the classical networks to quantum networks until reliable long-term quantum memory becomes available. In the current era, many people simply just use a certain length of optical fiber for storing the quantum information, but of course, this is bulky and it's not as neat as having memory on a chip, for example.

Brian Walker: So that would be a hybrid computing system, correct?

Lajos Hanzo: That's right. We would use quantum secure direct communications between the repeaters and then we would recover the classical information and then we would send it on. Of course, there are still challenges because the eavesdropper could have access to these quantum repeaters, and so even though the eavesdropper wouldn't be able to really read the quantum domain information but might have access to the classical relays. This is why this is a temporary solution until better quantum memory is developed.

Brian Walker: The final question here was what are the pros and cons as well as future prospects of quantum codes?

Lajos Hanzo: Yes. Again, it's something that I very briefly alluded to, namely that they are capable of really correcting quantum domain errors, but their so-called coding rate has to be relatively low. To give you an example, in general, in classical systems where your so-called half-rate codes are used, where the information is encoded into about 100-percent redundant information. So if you have, say for example, a 1-megabyte file, that would be encoded into a 2-megabyte file with the aid of 100-percent redundancy, but in the quantum domain, we can have not only so-called bit flips that are also encountered in the classical networks but also phase flips. So instead of using half-rate code that is very popular in the classical systems, we now need two half-rate codes and so effectively this would be like having quarter-rate code and the result is that we end up with a relatively high overhead. After all, nobody's interested in the redundancy in the so-called parity bits transmitted for protecting the information. Our only goal is basically to recover the information. But we use the parity bits or redundant bits in order to achieve that and so the coding rate of the quantum codes is potentially very low.

Another kind of disadvantage is that their employment has to rely also on realistic quantum hardware that is prone to the deleterious effects of quantum decoherence. We need codes that are inherently ever resilient. This is needed still for the research in order to make quantum computing more reliable and allow us to carry out long, time-consuming computations because at the current state of the art the typical coherence times over which a quantum computer produces reliable results is very short. Hence, we can't just set off the computer to solve a complex, challenging problem and then come back a day later and read out the result. We have to sort of chop up the tasks into very short sub-problems, if you like.

Brian Walker: Is there anything that we haven't discussed that you would like to add?

Lajos Hanzo: Well, it's an extremely promising research area, and it's very complex. It's inherently multidisciplinary, so it touches upon physics, the physical principles, and engineering problems in terms of the hardware, both computer-science-related problems as well as information theoretic problems. There are solutions which are based on what is called cryogenics, namely the science of extremely low temperatures near 0 kelvin, but it has also fantastic applications. You could see under the ground. You could map out potentially, with ground-penetrating radar, where all the pipes and wiring goes under New York City, and you could also have fantastic high-resolution microscopes, et cetera. So the future is very bright and depends on the amount of funding how quickly we can get there.

Brian Walker: Thank you for listening to our interview with Lajos Hanzo. Learn more about the IEEE Quantum initiative by visiting our web portal at quantum.ieee.org.