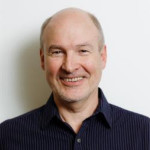 Brian Walker:  The IEEE Quantum Podcast Series aims to inform on the landscape of the Quantum ecosystem and serve as the leading community for all projects and activities on quantum technologies. This episode features Oleg Mukhanov, co-founder and CTO of SeeQC, and member of the IEEE Quantum Initiative steering committee. Oleg talks with us about quantum technologies and the applications that will benefit from its advances. Oleg, thank you for taking time to contribute to the IEEE Quantum Podcast Series. To get started, can you tell us how you became involved with IEEE Quantum, and how do you see it helping to advance quantum computing?

Brian Walker:  So, Oleg, how do you view the current state of quantum technology, and where do you see it headed in the near future?

Oleg Mukhanov:  When we look at the current state of quantum computing-- I will be focusing most on quantum computing amongst different quantum technologies-- and we see that it's still pretty much the system are built pretty much following the way of physics experiment is built. So, you see a qubit chip, which house multiple qubits, qubit arrays, arranged in a particular way, which let out and control for room temperature. That's how you build quantum computer today, and that's how the initial sort of physics experiments are built. So, that is very natural sort of expansion of very initial research attempts to study elements which can be a foundation for quantum computing. However, if you look at the system from a computer standpoint, you immediately understand that this is counter to how computers should be organized. So, in particular, you don't want to have your control system remoted from the computational core, from the processor, and you don't want to connect every element of this processor to a external world, because if you recall how the progress in computing industry happened, it really took off when Fairchild and then other companies invented integrated circuits. Integrated circuits is not just putting multiple gates on the same chip. That was not the main idea. The main idea was that this gate can talk to each other without interacting with outside sort of world, so therefore, a number of input/output lines become not linearly dependent on number of gates. So, and until this happens, the early computers were very much similar to what you can see today in the modern systems. And clearly in order to scale such system, you really need to take a lesson from the past and disconnect number of connections from the number of qubits on the chip. So, this realization produced an idea that the key for advancement, for scaling the system, quantum computing system, would be integrate control electronics and readout electronics together with qubits, in such a way that the number of lines, input/output lines, going outside of the system will be reduced, will be disconnected from the number of gates. Because this is the only way to scale the system. And fortunately, superconducting electronics allows to implement this idea, because it has extremely low power, and therefore can be integrated in close proximity to the qubit without significant back action. So, that was the initial idea of how to build scalable quantum computer. And so, once we realized that this is possible, we spinout from Hypres and started a new company called SeeQC, which is aimed exactly on this approach when classical superconducting electronics perform in readout and control of quantum processor in such a way that it will be integrated together in cryogenic environment. The number of input/output lines will be substantially reduced and all communication with room temperature with this digital sort of cables, low-cost, exactly as it's done with the modern computer.

Brian Walker:  So, can you expand on how superconductivity will play a role in advancing quantum?

Oleg Mukhanov:  Yes. So, another important aspect of building a quantum computer is performing quantum error correction. That was the key for building a sort of scalable quantum computer where you can actually utilize the number of qubits that you integrate together. Otherwise, the majority of the qubits which will be on the processors will not be useful because of these errors. In order to do, you need the readout qubits, detect sort of the errors, in indirect way, and then do decoding, and decode which qubits need to be corrected. And the theory of this process is known, but the way people trying to implement it is to perform decoding at room net temperature. Unfortunately, this process of decoding is significantly slow, in addition that you need to provide the time for reading out qubits to send signal to room temperature, generate corrective signals, send them back, plus decoding time. And by time it's all done, errors will multiply and the whole scheme will not work. So, the way to do it correctly is to do it faster. And the only way to do it faster to use higher speed electronics which also collocated with the qubits. So, that's the reason that we also are using superconducting electronics because that was the additional benefit that it can provide. You can build a quantum error correction module that will be doing this job very fast, and therefore, reaching the threshold of error correction required.

Brian Walker:  Oleg, how do you envision quantum being used or applied with existing and emerging technologies? And what applications can benefit from quantum technologies?

Oleg Mukhanov:  This is great question, and there are a great number of people trying to figure out how exactly to plug quantum computing into existing computing systems or build the new systems which would allow to really make useful input on practical tasks. And the search for the use case, which is implementable near term is ongoing. There are a number of software and algorithm companies and research groups which are trying to find the simpler and simpler algorithm, simple means requiring less and less hardware in order to bring this threshold of usability or usefulness closer to the current state of the art in hardware. So, you see this process of improving hardware, making more and more complex-- and the useful quantum processor. At the same time you see the process of developing newer quantum algorithm, which require less hardware. So, they still come far apart from each other. But this gap is closing. There are a number of different applications that people are working on primarily focusing on chemistry, pharmaceuticals, radius optimization method and so on and so forth. But, again, plenty of different fields in pretty much all areas of applications everywhere. Every large company now trying to understand how quantum computing can affect and help their particular industry to solve the difficult questions and answer difficult questions and tasks that currently are not computable using classical computing. And we don't know yet which particular application will fire first, where the breakthrough will happen. We, in our company, we're working on a couple of different applications and those all look promising, and question again, when the gap between algorithm and hardware will be closed to deliver first a practical quantum computer which cannot just demonstrate quantum supremacy or just demonstrate that it works, but really can solve something that has practical significance and usefulness.

Brian Walker:  So, what are some of the challenges facing quantum technology advancement?

Oleg Mukhanov:  Well, there are several challenges and pretty much in all aspects of development of quantum computer, starting from materials, application, circuit design, system integration, algorithm, and so forth. If you talk to different sort of subject matter expert, they would tell you about their particular aspect of building the system, and what needs to be solved. From my point of view, the most important aspect is system integration, because that's where I view that currently quantum computing system or system development is hampered. To scale present architecture where every qubit connected to room temperature electronics, or to maybe cooled electronics, but still far from the quantum processor, remains one of the key problems to be solved. So, that's why we’re focusing on this particular problem as the most critical problem. Of course, everybody would benefit to have better materials in order to produce high coherence qubits, which will improve overall situation with fidelity and will help in building whole tolerant computing, error mitigation and so forth. But still the most critical aspect is how to build scalable quantum computing by integrating control plane and quantum processor together.

Brian Walker:  Oleg, thank you again for your time today. This has been a very informative discussion. Do you have any final thoughts you'd like to share? Perhaps advice for young people that might be interested in quantum technologies or quantum computing or any resources that you might be able to point them to?

Oleg Mukhanov:  The building workforce for quantum computing is one of the pretty important issues, which is not currently solved. Although there are a number of academic groups which are preparing specialists in this field, but clearly demand outstrips the supply. We see this inability to hire as many-- we call it Quantum Engineers - as we need. Every sort of suitable candidate is highly contested. So, therefore, I encourage young people to really look into this field, because that is highly promising and they're highly coveted work which people wouldn't have a problem to find a job. At the same time, there are a lot of unsolved questions and innovation to be made. And this is especially important for many young people, ambitious young people who would like not just to work on some interesting work, but also make a personal impact to do something that has never been done before, and really mark their names in the history of the development of this technology. So, this is the perfect opportunity to do that. I would say it's a rare time in history of technology when such opportunity present. For example, I would compare this to the dawn of computing era, and integrated circuits were just invented and people started to develop different type of logic families and so forth, and there were a lot of room for innovation. So, this is very similar. Newcomers have the opportunity to really make their mark in the development, and not just earn good money and have interesting job, but really be remembered in many years because they did something that nobody done before.

Brian Walker:  Thank you for listening to our interview with Oleg Mukhanov. Learn more about the IEEE Quantum Initiative by visiting our web portal at quantum.ieee.org.