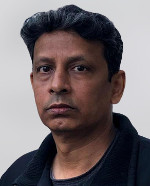 Dr. Madhav Pulipati heads ‘Photonics Valley Corporation’, a company instituted to facilitate the evolution of alternative computing paradigms such as Photonics and Quantum Computing. Currently in the pursuit of cultivating an ecosystem for accommodating the footprints of concerned technology partners, manufacturing partners and supply chain companies.

Came up with a unique conceptual framework for promoting various alternative approaches of Quantum Computing discourse with a stress on ‘Photonics’. The framework rallies around the ideas of an Academy for fomenting the capacity building, an incubation/simulation platform and a Valley for mobilising the concerned stakeholders.

He is also helping in instituting investment funds for supporting technopreneurs. He believes in articulating ecosystems and evolving differentiators like Photonics to complement the promotional regime under the aegis of ‘Make in India’ for the Electronics Manufacturing activity to take off.

Earlier he was involved in the transformation of Governance structures through the intervention of Information Technology with seminal thought structures. He represented India in ISO and World Bank on technology domains.

He has a doctorate in Post modernity. Had a stint at IIMA. 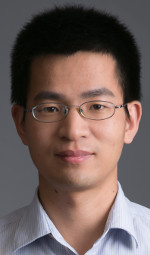 Chao-Yang Lu was born in 1982 in Zhejiang, China. He obtained Bachelor's degree from the University of Science and Technology of China (USTC) in 2004, and PhD in Physics from the Cavendish Laboratory, University of Cambridge in 2011.

His work on quantum teleportation was selected as by Physics World as “Breakthrough of the Year 2015”. His work on single-photon sources and optical quantum computing was selected by Optical Society of American (OSA) as one of “Optics in 2016”, “Optics in 2017”, and “Optics in 2019”. He has been awarded as Fellow of Churchill College (2011), Hong Kong Qiu Shi Outstanding Young Scholars (2014), National Science Fund for Distinguished Young Scholars (2015), Nature’s top ten “science star of China” (2016), OSA Fellow (2017), Fresnel Prize from the European Physical Society (2017), AAAS Newcomb Cleveland Prize (2018), Huangkun Prize from Chinese Physical Society (2019), Nishina Asian Award (2019), Xplorer Prize (2019), IUPAP-ICO Young Scientist Prize in Optics (2019), OSA Adolph Lomb Medal (2020), and Rolf Landauer and Charles H. Bennett Award in Quantum Computing (2021). He is the Chair of Quantum 2020 and has served as an editorial board member in international journals such as Quantum Science and Technology, PhotoniX, Advanced Quantum Technology, Science Bulletin, and iScience.

Abstract: Quantum light source engineering for quantum supremacy
The main challenge for scaling up photonic quantum technologies is the lack of perfect quantum light sources. In this talk, I will report progress in developing high-performance single photons, entangled photons, and squeezed light. We have pushed the parametric down-conversion to its physical limit and produce two-photon source with simultaneously a collection efficiency of 97% and an indistinguishability of 96% between independent photons. Using a single quantum dot in microcavities, we have produced on-demand single photons with high purity (>99%), near-unity indistinguishability, and high extraction efficiency—all combined in a single device compatibly and simultaneously. Based on the high-performance quantum light sources, we have implemented boson sampling—which is an intermediate model of quantum computing, a strong candidate for demonstrating quantum computational advantage and refuting Extended Church Turing Thesis—with up to 76 photon clicks after a 100-mode interferometer. The photonic quantum computer, Jiuzhang, yields an output state space dimension of 10^30 and a sampling rate that is 10^14 faster using the state-of-the-art simulation strategy on supercomputers. This special-purpose photonic platform will be further used to investigate practical applications linked to the Gaussian boson sampling. Reference: see staff.ustc.edu.cn/~cylu 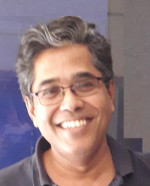 Prof. Anil Prabhakar received his PhD in 1997 from Carnegie Mellon University, with a dissertation on the Nonlinear Spin-wave Optical Interactions. He has been with the faculty at the Dept. of Electrical Engineering, IIT-Madras since 2002, and is engaged across multiple laboratories that work on quantum technologies, fibre lasers and opto-fluidics.

He is a member of the Scientific Management Board for LIGO-India, to detect gravity waves, and the India-based Neutrino Observatory, and currently serves on the Editorial Boards for Scientific Reports (Nature) and the IEEE Transactions on Magnetics.

His current research interests in the areas of quantum technologies, have applications in metrology, quantum communication and quantum computing. As a Founder of QuNu Labs, incubated by IIT Madras, he focused on secure optical communications. An earlier startup, Unilumen Photonics that focused on fibre lasers was acquired by Jiva Sciences. He is currently the Director of Yali Mobility and Enability Foundation, companies that focus on rehabilitation engineering. He has over 50 research publications, has co-authored a book on Spin Waves, a few book chapters, and has 18 patents on a wide range of devices in areas of photonics, magnonics and assistive devices. 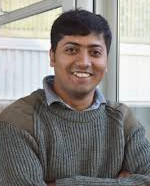 Kaushik Chakraborty was born in Kolkata, India, in 1988. He received the B.E. degree in Computer Science and Engineering from Jadavpur University, Kolkata in 2011, the Masters' degree in Computer Science from Indian Statistical Institute, Kolkata, 2014, and his Ph.D. degree from Universite de Pierre Marie Curie in Cryptography in 2017. Since 2018 he has been a postdoc at QuTech, Tu Delft, Netherlands at Stephanie Wehners' group. His current research interests are routing algorithms for the quantum internet, finding interesting applications for the quantum that cannot be done using the classical internet.

Topic: Quantum Internet, What, Why and When?
The quantum internet is a new kind of communication infrastructure for distributing quantum information among quantum information processing devices. For the last few years, from the government agencies to the private sector, people are showing interest in this relatively new technology. In this presentation, I will talk about the quantum internet and how it differs from the traditional classical internet. Next, I will discuss why we need such an infrastructure and the main challenges of designing such a network. I will conclude my talk with a brief overview of where we are standing now regarding building such a system and what kind of applications we can run on the quantum internet in the next five years. 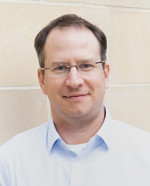 Chris Erven (CEO & Co-Founder of KETS) has been thinking about the application of quantum encryption since building his first system over 15 years ago. KETS has figured out how to miniaturise quantum-safe hardware in a size, form-factor, and price-point that makes it commercially interesting.

In this talk I’ll give an overview of the chip-based QKD research originally developed at the University of Bristol including some of our key experiments. And then move on to how KETS’ is commercialising it with a quick outline of what KETS does, offers, and is looking for in our next projects.