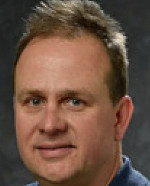 Dr. Kevin M. Obenland is a senior staff member in the Quantum Information and Integrated Nanosystems Group where he conducts quantum computing research focusing on the areas of quantum fault-tolerance and error correction, gate-level simulation of noisy physical quantum systems, and resource analysis of quantum algorithms and architectures.

Dr. Obenland joined the laboratory in June 2015. Prior to this he worked at SAIC/Leidos where he led a small quantum computing theory effort focusing on quantum computing systems design and analysis. He also worked in the areas of real-time embedded computing, high-performance computing, and real-time implementation of signal processing systems. Dr. Obenland has also held positions with the MITRE Corporation and E-Systems (now Raytheon).

Steven Heidel is a quantum software engineer at the Amazon Web Services (AWS) Center for Quantum Computing. He has been working in the field of software engineering for eight years, inside quantum startup organizations, as well as large software development organizations such as Linkedin and AirBnB. Notably, he previously led the experimental software team at Rigetti Quantum Computing. He holds a computer science degree from the University of Saskatchewan, where he assisted research in numerical simulations related to adiabatic quantum computation.

Topic: Introduction to OpenQASM 3 and AWS Quantum Computing
Abstract: Join this talk to hear what AWS is doing in quantum computing development, including expanding access to quantum computing resources and advancing quantum programming with the community. After a brief introduction to AWS’s efforts in quantum computing, the talk will focus on the new OpenQASM 3 quantum assembly language to which AWS is a contributor. OpenQASM 2 was a very simple but incomplete low-level language matching the capabilities of some of the early publicly available quantum systems. OpenQASM 3 adds important features such as classical control and real-time measurement feedback. These features enable basic and important quantum protocols that were previously unavailable, such as teleportation, error-correction, and the variational quantum eigensolver method. OpenQASM 3 also makes possible real-time scheduling of gates and pulse-level control of the "microcode" analog signals from which gates are built. As an open source project, OpenQASM 3 will be useful across the entire quantum ecosystem as it continues to grow. The talk will also dive into the OpenQASM team’s philosophy in designing the language, how it fits into to a complete software stack including compilers and optimizers, and how it would run on quantum hardware. 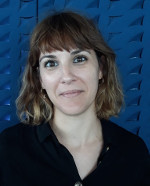 Carmen G. Almudever holds a P.hD. in Electronic Engineering from the Technical University of Catalunya (UPC BarcelonaTech), Spain. In 2012, she received a fellowship from Intel (Doctoral Student Honor Program). She recently joined the Computer Engineering department of the Technical University of Valencia (UPV, Spain) as a distinguished researcher under the Beatriz Galindo program for attracting talented researchers. Before, from 2014 to beginning 2021, she was an Assistant Professor at the Quantum and Computer Engineering Department and group leader of the Quantum Computing division of QuTech at Delft University of Technology, where she worked on the definition and implementation of a scalable quantum computer architecture. She has been one of the PI’s of 10-year Intel-QuTech collaboration on quantum computing. Her research focuses on different aspects of the quantum computing full-stack including quantum programming languages and compilers, quantum error correction, fault-tolerant quantum computation, mapping of quantum algorithms and benchmarking and sclalability of quantum computers.

Simon Devitt is currently a lecturer at the centre for Quantum Software and Information (QSI) at the University of Technology, Sydney. Completing his Ph.D in 2007 from the University of Melbourne, Australia, he has held positions at the National Institute of Informatics, Ochanomizu University, Keio University and Riken in Japan and as a research fellow for the ARC centre of excellence in Engineered Quantum Systems (EQUS) at Macquarie University, Sydney. Dr. Devitt has invented key quantum computing architectures in atom-optics, diamond and ion trap systems. Dr. Devitt has also been the inventor of three separate quantum communications designs, 2nd and 3rd generation repeaters and the quantum sneakernet. In recent years, his work has focused on the the design of programming, compilation and optimisation of large-scale quantum technology. Having released some of the only software compilers for actual quantum computing systems under experimental development, Dr. Devitt now collaborates widely with both academic and industrial researchers. 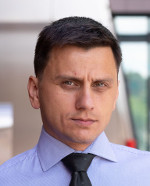 Alexandru Paler is an assistant professor at Aalto University, Finland. He is researching scalable methods for compilation and optimisation of fault-tolerant quantum circuits. He was the recipient of 2019, 2020 Google Faculty Research Awards. In 2020 he was the recipient of a Fulbright Senior Researcher fellowship and was Visiting Researcher at University of Texas at Dallas. He is the chair of the Quantum Resource Estimation Workshop organized at ISCA www.quantumresource.org 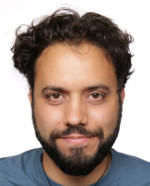 Dr. César A. Rodríguez Rosario is the Chief Scientific Officer of Strangeworks, a startup that makes the power of quantum computing easily accessible to all developers. Prior to Strangeworks, he worked at Harvard University and Max Planck Institute as a Theoretical Physicists with a focus on Quantum Computing. He has a Ph.D. in Physics from the University of Texas in Austin, and a B.S. in Computer Engineering. His 20 years of experience in quantum computation makes him affirms that the universe is made of quantum information. The puertorican natural dreams of quantum technologies changing the world.