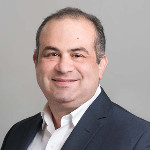 A Conversation with Amr Helmy
Photonics Professor, University of Toronto

Brian Walker:  Welcome to the IEEE Quantum Podcast Series, and IEEE Future Directions Digital Studio Production. This podcast series informs on the landscape of the Quantum Active System, and highlights projects and activities on Quantum Technology. This episode features Amr Helmy, Photonics Professor, University of Toronto, who provides insight on Quantum Photonics as well as the opportunities in quantum for various IEEE societies. Amr, thank you for taking some time to contribute to the IEEE Quantum Initiative Podcast Series. To start, how did you become involved with IEEE Quantum, and what is your area of expertise?

Amr Helmy:  I have been in the field of photonics for over 20 years, five years of which were research and about the lab in an industrial setting. I have always been involved in IEEE generally, starting from my undergraduate years. When I started my professional career after my PhD, I was more involved in the conferences and the events of IEEE. And I started conducting some volunteer activities within my own society, which is the Photonic Society. And as part of this volunteer work, I was asked if I could represent that society within the IEEE Quantum Initiative.

Brian Walker:  How do you see the Quantum Initiative helping to advance quantum technology?

Amr Helmy:  The Quantum Initiative is a key initiative for IEEE, and the field, quite honestly. IEEE has always been known to champion technology development and engineering the disciplines starting from superconducting to electronics, to photonics, to biomedical and the like. So, there's over 30 societies. At this point in time, the field of quantum has had decades of scientific discoveries The time is ripe now for these scientific discoveries to be taken, either in whole or in part, to become technology development and to move outside of the labs into the field. And that's where IEEE comes in.

Brian Walker:  Do you have any thoughts you can share on how the various IEEE Societies might consider quantum opportunities?

Amr Helmy: The Quantum Initiative and the field of quantum generally is extremely multidisciplinary. It touches upon numerous numbers of societies within the IEEE itself. But none of these societies are strictly quantum. All of them contribute in a part into the quantum landscape. So, having the unifying effort across IEEE to link, to connect, to solidify the quantum related activities within the society and to help promote them further, to capitalize on them to move even beyond what we have within the society is the benefit or the advantage that the societies in question would gain by participating.

Brian Walker:  Your expertise is in Quantum Photonics. Can you share some insight on this field, and some of the likely applications?

Amr Helmy:  My research interest in Quantum Photonics reside in the area of utilizing photonic circuits and devices to engineer the quantum states of photons to benefit sensing applications through providing an enhancement to the existing performance of optical sensing by adding a quantum advantage in a practical alignment-free integrated manufacturable room-temperature setting.

Brian Walker:  What other quantum related technologies might benefit from photonics?

Amr Helmy:  Given the nature of photonics and the photons themselves, photonics can, in principle, benefit many quantum technologies. Quantum security-enabled communications-- no, secure communications in the optical domain enabled by quantum enhancements can vastly improve the security of a data link. Some of the interconnections that can provide enhancement in the capacity of existing mildly unscalable quantum computers could be unlocked by using optics to carry out these interconnections. Sensing applications that could reach the standard quantum limit or a limit that we could not surpass using classical technologies could be improved upon and enhanced using non-classical states of light. These are some of the applications that, in quantum, can profit from photons and photonics. However, on sort of a stand-alone scale, photons themselves could be utilized to carry out computing if certain functions are made available in integrative setting. So, as you can see there are numerous ways by which photonics and photons can contribute to the quantum landscape.

Brian Walker:  Is there anything we haven't discussed that you would like to touch upon, or any final thoughts?

Amr Helmy:  It would be useful for the practitioners and the groups that are interested in this field to realize that there's a significant amount of advancement that the quantum field can experience when some of the technologies that exist on optical tables and in physics labs could be engineered and recognized to work out in the field. Lots of parallels could be had from the field of electronics where some interesting devices could work well individually that could exponentially be enhanced in their functionality and scalability when engineering and integration take place. I'd like to invite the parties interested in this field, particularly from the science and industry standpoint to engage with the groups associated with IEEE. Be it in microwaves, be it in photonics and electronics and computing, etcetera, super-conductivity, etcetera, to actually unravel a few of the possibilities that would be available for engineering existing quantum systems into a practical field-deployable realm. There will be lots of obstacles, but these are not unsurmountable, and they would require just a bit more engineering and a bit more perseverance for all these benefits to be reaped.

Brian Walker:  Thank you for listening to our interview with Amr Helmy. Learn more about the IEEE Quantum Initiative by visiting our web portal at quantum.ieee.org.