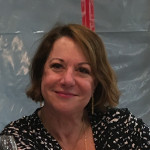 Brian Walker: Welcome to the IEEE Quantum podcast series, and IEEE Future Directions Digital Studios production.  This podcast series informs on the landscape of the quantum ecosystem and highlights projects and activities on quantum technology.  This episode features Denise Ruffner Vice President, Business Development at IonQ and President of Women in Quantum.  Denise talks with us about new quantum technologies, the importance of widely available education opportunities and why a diverse workforce is necessary for quantum success.  Denise, thank you for taking time to contribute to the IEEE Quantum podcast series.  To get started, can you tell us how you got involved with IEEE Quantum?  And what is your particular area of expertise?

Denise Ruffner: I got involved with IEEE Quantum during their Quantum Week.  Every year in October they have like a scientific week where they do Quantum Week.  I got involved probably a couple of years ago and really became a fan of IEEE and their event. I have worked hard to try to be closer to the organization and see how I can help and contribute as well as take part in their events.

Brian Walker: So, Denise, what are your current views on the state of quantum technology?  And where do you see it headed for the future?

Denise Ruffner: I’m really excited about quantum technology.  It’s a science area that is growing, I think, much faster than we ever anticipated and it’s amazing! Every week there’s new announcements and new leaps forward.  I find the field very fascinating and fast-moving.  So I’m always on the lookout for what’s new this week or today.

Brian Walker: Can you tell us about your company’s trapped ion quantum computer and how people might be able to access it?

Denise Ruffner: Sure.  IonQ makes a trapped ion quantum computer.  We’re familiar largely with superconducting.  Trapped ion is one of the different modalities of quantum computing.  What’s really exciting about our computer is that it has all-to-all conductivity as well as a very high fidelities.  So we have quite a lot of people that use our computer and are very delighted with the accuracy and that they need less shots to do an algorithm.  It’s pretty exciting.  Right now, you can access it in a couple of different ways.  It’s on the AWS cloud.  It’s on the Microsoft Azure quantum cloud. As well, we do allow some direct access to key customers.  So you can go through a cloud or directly through us.  We work with a number of different SDKs and most recently announced that we work with Quiz Kid.  So it’s a great computer to use and you don’t have to learn a new language to use it.  So we encourage everybody to try this device.

Brian Walker: Denise, what level of support do you provide for people that are utilizing your computer?

Denise Ruffner: We have support staff because when you run an algorithm on a trapped ion computer you can do some special tuning of the algorithm to make it run better.  We have a whole applications team of people that are like experts at looking at algorithms and going do this, do that, do this, do that and all of a sudden magically the algorithm runs really well.  So that’s the kind of help that we provide often to customers or to people that call us, teaching them how to write algorithms or how to approach a quantum problem. Right now there’s a lot of different resources for education.  There’s, for example, a website called quantumcomputing.com.  If you go to the IEEE Quantum Week there’s a lot of workshops and tutorials.  So there’s a lot of different places to get the education on how to construct an algorithm.  And so we deal more on the tuning part.

Brian Walker: I understand you have a new academic initiative.  Can you tell us a little bit about that?

Denise Ruffner: Sure.  We just announced what we call the IonQ Research Credits Program.  You can go to our website and apply for up to $10,000 in free credits on our quantum computer.  It’s a great program.  I was just talking about trying trapped ion quantum computing.  For those of you that are a graduate student or a postdoc or a professor you can go to our website.  Just fill out this form to apply for credits.  Our first deadline, I think, is June 15 but it’s rolling.  It’s just the first cohort is going to end June 15, and then it will continue on.  And what we’ll do is we go through the submissions, and we will give people up to $10,000 worth of time on our computer.  It’s a great way if you’re doing a research project to also run on our computer or run the entire project on our computer.  It’s a great way to get familiar with it.

Brian Walker: That’s great.  What’s the response been so far?

Denise Ruffner: Actually, the response has been amazing.  It’s pretty easy to apply.  There’s just a form on the Internet, on our website.  I’m delighted in two ways.  I’m delighted at the number of responses we’ve had which has been great.  But I’m also delighted because we’ve had responses from people around the world.  We’ve seen responses from Africa, from India, from Singapore, from Japan, South America.  It looks like our announcement of this program really had great reach.  That’s exciting to me too because part of what we want to do is get everybody to engage on it, not just people locally.  So that’s exciting for us as well.

Brian Walker: So, Denise, you’re President of Women in Quantum.  Can you tell us a little bit about how that organization got started?

Denise Ruffner: It’s kind of a funny story.  For some reason lots of women started reaching out to me on LinkedIn and on email and asking me if I would have a half an hour for them to give career advice.  And, of course, I will help anybody that asks.  It got to the point where I literally had 10 or 20 different people a week every week emailing me and saying, help me, please talk to me.  I didn’t know how to manage my job and help all these people.  I actually called a friend and said, what do I do?  How do I do this?  Because I don’t want to let people down.  I don’t know why they’re calling me, but I’m flattered, so what is the right thing to do?  And so my friend said, you know what, you need to create a community.  And actually I have experience doing that so let me help you.  So we created this community called Women in Quantum. It’s a way to highlight the accomplishments of women in quantum and try to get more women in management or even get more women hired in companies in quantum, as well as network.  And so what we’ve done is we now have a group.  It has a mail list of 6,000 people.  We have events with over a thousand people.  We have an event every quarter.  At each of them we highlight women and what they’re doing in quantum computing, and we do it at all different career levels.  Then we also have a networking event.  We found a software package that allows people to meet individually and network.  So it’s a really fun part of the event because you meet people from around the world that you probably would otherwise never meet.  It’s been just a huge success.  And it grows, and grows, and grows.

Brian Walker: Does Women in Quantum have any current initiatives underway?

Denise Ruffner: The initiative that we’re in the middle of kicking off right now is a mentoring initiative.  And this is something we’re doing with one of our partners Keysight.  It’s a phone app software package that lets you sign up, I want to be a mentee, or I want to be a mentor.  And it does this visual personality test of 10 questions.  Then it matches you with a person.  I’ve signed up to mentor three people.  So it will match me with three different people.  And then it takes you through a program of mentoring and helping the other person and becoming a coach really.  I’m really excited to do this. I’m really excited because the reception for this program has been so just amazing.  So we’ve had some really famous process professors volunteer to mentor.  I mean it’s really a program that has gained a lot of momentum and we’re still just in the process of kicking it off.  I do see a big need for mentoring in this community.  What I do want to say is even though we call it Women in Quantum everybody is welcome.  So it’s women and men.  We’re happy anybody who wants to participate is invited.  So that is our biggest program that we have going on right now.

We have another summit in July.  And then we are going to have a Women in Quantum panel probably at IEEE Quantum Week.  We’re also starting to pop up and be included in a lot more events because people are recognizing that diversity is very important to their company or their lab.  And it’s nice to be able to provide a platform or a place for them to find people so they can add diversity to the mix of their team.

Denise Ruffner: We have our own website.  It’s onequantum.org/women.

Brian Walker: To close, can you tell us a little bit about the organization’s membership?

Denise Ruffner: Sure.  The great thing about Women in Quantum is that it’s so inclusive.  It’s not just about executive women.  It’s about women at every level of their career.  And so we’re excited.  We’ve had high school students present.  We’ve had undergraduates and graduate students present.  And we’ve had heads of government present.  We really run the gamut of people involved in the program.  It’s a great way for anybody to get introduced to quantum and start meeting people, and just learn a little bit more about it.  I think quantum is such an exciting area of science, and it’s growing.  I think often you look at something and you think wow that sounds complicated or that sounds really hard.  When you come to our meetings people talk about how much they enjoy it, and how interesting the science is.  And you get a whole other flavor, and you can fall in love with a really neat area of science.  I just encourage people to come to our meetings or to go to IEEE and take the time and learn a little bit more about quantum. You could be in high school.  You could be in junior high.  It doesn’t matter.  There’s a lot to learn.  And it’s really interesting.  I just encourage people to go out and take the first step and try to learn a little more and look at all the resources available to them.

Brian Walker: Thank you for listening to our interview with Denise Ruffner.  Learn more about the IEEE quantum initiative by visiting our web portal at quantum.ieee.org.