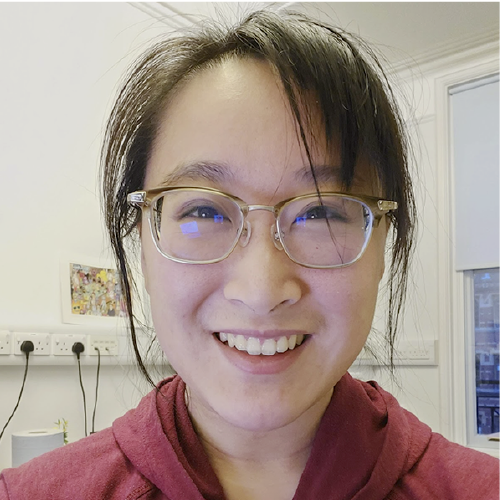 A Conversation with Lia Yeh

Brian Walker: Welcome to the IEEE Quantum Podcast series an IEEE Future Directions Digital Studio Production. This podcast series informs on the landscape of the Quantum eco-system and highlights projects and activities on quantum technologies. In this episode, we're speaking with Lia Yeh, a PhD student researching quantum computing, and a volunteer lead for quantum education in the IEEE Quantum Initiative.

Lia, thank you for taking time to contribute to the IEEE Quantum Podcast series.

To get started can you tell us how you first got involved with Quantum?

Lia Yeh: I would have to say that the first time that I had heard of quantum was during my first year of undergraduate. So at the time I was studying to be a computer science major. And a few weeks after I had started my undergraduate study, I actually tried to sit in on a physics class and ended up unintentionally unpremeditated, also becoming a physics major. And this made me start to think about what could I do in the intersection of both computer science and physics? And a professor at my college, so I went to University of California, Santa Barbara, a professor was teaching a course in intro to quantum computing in my college just for undergraduates, just a small seminar course, and that was my first introduction to quantum.

Brian Walker: So Lia, can you share some of your views on the quantum ecosystem?

Lia Yeh: It depends a lot on what your perspective is. And in quantum, well, because everyone views the ecosystem differently. There's a lot of ecosystems all within quantum, and they all make up this larger ecosystem, which I guess you could call a quantum ecosystem. So, depending on, let's say if I have my IEEE hat on, I'm looking at the perspective of educators, students, teachers, learners. So from that perspective, we get a view of quantum as it's being taught, I say at universities, in K-12, for professionals and industry and also community based approaches. But it also takes us all over the world in terms of who is developing these educational resources and practitioners of education. So currently, I'm a Ph.D. student at the University of Oxford, researching in the Quantum Group in Computer Science. And so, with that lens of being a PhD student, the ecosystem is quite different. So, I focus on the topics that I'm researching. So that's a combination of quantum computer architecture and quantum compilation. So, compilation for quantum computers and other models and also diagrammatic methods such as the ZX-calculus and some category theory. So from that perspective, I know that's just my specific slice of the pie and quantum, but there's so many different areas, disciplines all over in quantum information, science, technology and engineering that can take you anywhere from chemistry and computer science and physics to engineering, materials. And the ecosystem is really broad, but that means that there's lots of different ideas and potential and with this technology.

Brian Walker: Lia, how do you see IEEE helping to advance the technology space? And what is your direct role with IEEE as it pertains to education?

Lia Yeh: Although I would say that I have several different involvements in quantum education. I think that my role in IEEE is something that means a lot to me. It's a chance to work together with people volunteering all over the world with different perspectives, and within IEEE I think there's the biggest diversity of people from different backgrounds and fields. So, people from different countries are trying to promote quantum education and support developing in their countries. So I would say that I hope my role in IEEE mostly involves bringing people together. I represent more of the student perspective in young professionals, so that's within IEEE people who are currently students or have recently graduated. And so this is the audience of people I hope to represent. And if anyone would like to be involved in this aspect, please let me know. Please contact me.

Brian Walker: So, in addition to your work with IEEE, how else are you involved in advancing quantum education?

Lia Yeh: I think that many people who volunteer in IEEE, in a specific part of all the technology that IEEE advocates and works for, I think that they also, we also, in our day to-day may have been heavily involved with these parts already. So, I would say I was already involved in quantum education prior to starting to volunteer with IEEE and remain involved in quantum education in my day-to-day. Currently, something I'm working on is developing curriculum for a tutorial for high school students who know programing, or for software developers who have a high school degree to learn quantum computing, even if they haven't been exposed to it before, through diagrams. So, using the diagrammatic approach that is used in our research in my day-to-day of my Ph.D., where you can actually convey some quantum concepts in a more intuitive way, that's something that I think was very meaningful to me, to somehow give back to the learning process that I had.

Brian Walker: What advice would you share with young students or young professionals who might be looking at Quantum as a potential educational or career path?

Lia Yeh: Thinking back the moments that probably was the most foundational for me to eventually become a quantum computer scientist was, as I mentioned before, the professor who mentored me and encouraged me to do a double major, to add physics as a major. I don't know if I would have ever come up with that idea on my own, because I didn't know what physics was or had much exposure. I think that on this point, for advice for students would be that if you could find a mentor or reach out to people, even if it's intimidating and you don't know how they necessarily might respond, you can learn a lot from the people who have are walking in the shoes that you hope you could possibly be in in the next few years. So definitely there's a lot of ways to contact people. They could be cold email or message on LinkedIn or other platforms. It could be going to events and conferences or. There are also connections possibly within your university. So if your university has an IEEE chapter, you can sign up for communications from a mailing list. IEEE quantum education has a mailing list and we host discussions which anyone can join. So, there's lots of ways to reach people and get in touch. And I've personally made a lot of friends online. Just by meeting people, kids get global summer school, summer school, free summer school online for quantum computing. I met a lot of people who I still stay in touch years after and make friends from countries I've never been to. So I think this is the most generic advice I could give to people, too. It's just to find people who are supportive.

Brian Walker: So Lia, as a woman working in the quantum space, do you have any particular insights you can share?

Lia Yeh: The first professor who ever taught me quantum computing was a man, and my first research advisor, was also a man. And I've had really good mentors who are men, even in fields where it can be hard, you might sometimes not have classmates or research people in your research group who are women or look like you. You can still keep a wider network of people who support you.  Events that are really important, that I hold really dear to my heart, I think near the top of that list would be in my undergraduate I volunteered to teach programing to middle and high schoolers, and I happened to meet another undergraduate who was volunteering with me but she was a pharmacology major. So, a very different field, but she said she had always wanted to attend a hackathon, but it was just too intimidating for someone who hadn't had much experience programing. And together we ended up recruiting larger people to start a hackathon at our undergraduate university that was for female identifying and non-gender binary college students. That experience of running, having sort of had hackathon, which became so much bigger and more impactful than we could have ever imagined. It really was empowering to to me and I hope to the many people who attended just see a whole room of women and non-gender binary students programing and making all these awesome projects. I definitely think that this experience helped me realize just how capable I am, and my peers are who are women and just really was an really empowering experience.

Brian Walker: What quantum resources would you recommend?

Lia Yeh: Although there's a really long list of resources and this is no way comprehensive. We've been compiling and thinking about discussing how to make effective resources for learning within IEEE quantum education and all the healthy different collaborations that we also get to talk to you. And for instance, Terrill Frantz

on the IEEE Quantum Education Committee makes and maintains this awesome website that keeps track of lots of events that are going on all over the world and free and online for people to just be introduced or gain more skills in quantum technologies. And Tara also has interviewed a bunch of quantum masters programs so that even with the launch of new programs coming up, you can see and learn more about it by looking at those interviews. Some collaborations in the US and I'd like to shout out include the National K-12 Education Partnership, which is the condom K-12 and also the American Physical Society, APS. They're making these awesome content tutorials and teaching teachers.

Brian Walker: Thank you for listening to our interview with Lisa. To learn more about the IEEE Quantum Initiative, please visit our web portal at Quantum.IEEE.org